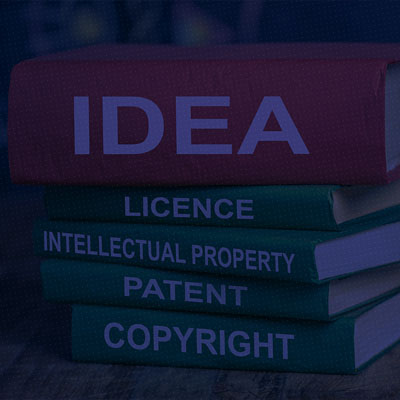 Unconventional trademarks: A roadmap to the future

Although various types of unconventional trademarks, such as colour, sound, shape of goods, smell, motion taste, touch/texture, and hologram marks are recognized in foreign jurisdictions, the Indian Trade Marks law recognizes only colour, shape of goods, and sound marks as registrable marks. The Act specifically states that in order to secure trademark protection, a mark must either be graphically representable in a paper form or should have acquired distinctiveness or secondary meaning due to its long-standing bona fide use. As various unconventional marks, such as smell, taste, touch/texture, and hologram marks, cannot be graphically represented, therefore, they are not registrable in India.

Shape of goods marks are one of the most recognized forms of unconventional trademark in India because it can be graphically represented and more so, it is possible to demonstrate that the mark is distinctive. The shape of goods mark helps protect the shape of such products whose shape has attained a distinct uniqueness and popularity so much so that public at large may recognize the product because of its shape. It is important to keep in mind that shape of goods mark is not registrable if the shape results from the nature of goods themselves or attains a technical result or gives some substantial value to the product. Protection in a shape of goods mark can be sought by simply reproducing two-dimensional graphical image of various angles of the product so that the trade dress is perceivable.

Sound marks are another form of unconventional trademarks commonly registered in India. While the Act of 1999, allowed the registration of sound marks, there were no specific guidelines or requirements for filing the application for sound marks. However, with the introduction of Trade Marks Rules in 2017 (‘Rules’), specific rules for registering sound marks have been provided. In order to register a sound mark, the proprietor is now required to reproduce a sound clip along with the musical notations (not exceeding 30 seconds) in the trademark application. The acceptability of a sound mark depends upon whether the sound is or has become so widely distinctive that an average consumer would associate the sound with goods or services of only one proprietor. The first sound mark in India was granted in the year 2008 to Yahoo Inc.’s three-note Yodel. This registration opened the gateway to many other sound marks which were granted registration in the subsequent years. Because of the ability to easily reach and attract masses, the sound marks have gained popularity amongst the marketing teams of various corporates and agencies. A few examples of registered sound marks in India include Nokia mobile phone’s default ring tone, MGM film’s lion’s roar, Edgar Rice Burroughs’ Tarzan yell, Mastercard’s acceptance note, and Liongate’ Rue’s whistle from Hunger Games.

Colour marks in India still struggle to gain popularity because of the requirement of either proving high threshold of distinctiveness to be associated with the mark or proving that the mark has acquired secondary meaning due to continuous bona fide use. While, the shape of goods and sound marks are easier to distinct due to the visual appearance or the sound notations, colour marks are not given protection unless a particular colour or combination thereof can uniquely identify the commercial origin of its associated products and/or services. A trademark protection of a single colour mark is much more stringent than that of a combination of colours. To give an example, Cadbury UK Limited lost a long-drawn trademark battle against Nestle S.A. over the claim of the ‘purple’ colour used for its packaging of Dairy Milk chocolates. However, there have been various instances in India where a single colour trademark has been granted protection, and the same are illustrated hereunder:

The registrability of a combination of colours mark, however, is easier in comparison to the registrability of a single colour trademark as an average consumer may be able to better associate with a mark having a combination of two or more colours in comparison to mark having a single colour. Reliance can be placed on the case of Colgate Palmolive Co. v. Anchor Health and Beauty Care Pvt. Ltd. [108 (2003) DLT 51], wherein, the Delhi High Court observed that the plaintiffs successfully established a prima facie case for injuncting the defendant from using the colour combination of ‘red and white’ as a trade dress on the container and packaging of their products.

Despite not been explicitly recognized by either the Act or the Rules in India, the first motion trademark was accepted in the name of Nokia Corporation’s for its trademark CONNECTING HANDS in 2003. It is noteworthy to mention that this mark was accepted as a device trademark and several still pictures were reproduced (as illustrated hereunder), as a part of the mark, depicting step by step motions.

While the Trade Marks law emphasises that the mark should be ‘graphically representable’, the Applicants have managed to obtain registration for motion marks by reproducing all the moving elements of the mark in a paper form to be submitted as a part of the trademark application.

While few unconventional marks, such as sound, shape, colour, and motion continue to gain popularity in India, the Act’s requirement of the mark being graphically representable proves to be a major barrier in the acceptance/registration of other unconventional trademarks. While registration for the smell and taste marks may still be attempted by reproducing the chemical formula of the product have unique smell/taste, the possibility of registering the same under the Act seems to be a little low. Further, probability of registering the touch/texture and hologram marks seems to be very low or negligible as such marks may not be graphically represented because touch/texture marks at present can be recognized by only human touch. Further, the hologram marks are required to be seen from certain angles to understand the distinctive character and may thus cannot be easily depicted in the trademark applications.

However, with the advent in technology, it is possible that new and innovative products, that may help in recognizing the touch/texture and depicting the holograms in 2D, may be introduced. Introduction of such advanced tools may help in allowing registration, examination, and recording of various unconventional marks. Therefore, until further developments in the existing tools or trademark laws of India, including the amendment of the terms ‘represented graphically’ in Section 2(1)(zb) of the Trade Marks Act, 1999, the likelihood of obtaining registration for smell, taste, touch/texture, and hologram marks in India is a far-fetched thought and the applicants may have to rely either on the conventional marks or the other forms of unconventional marks.