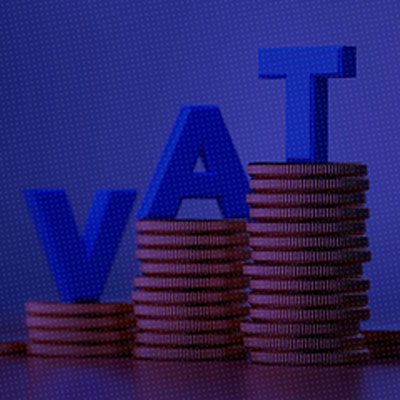 While the legislature has authority to create law in accordance with the Indian Constitution, it is equally empowered to rescind or amend the law. However, the authority to amend law for the past period depends upon its present power and not the power, it possessed when it was enacted, as was held by the Constitution Bench of Supreme Court in the case of A. Hajee Abdul Shukoor and Co[1]. In simple terms, the ‘power’ available as on the current date is relevant.

Co-existence of GST and VAT:

GST: Article 246A of the Constitution, one of the key provisions, was envisaged to provide simultaneous power to both Centre and State Governments for levying GST. With this Constitutional amendment, all goods were to be brought within the GST net, wherein both Centre and State would parallelly impose tax on same supply of goods. Nonetheless, certain petroleum-based products were consciously kept outside the scope of GST.

VAT: Entry 54 in State List of the Constitution which earlier allowed States to impose VAT on sale of goods was amended vide CAA for confining the power of States to levy VAT only in respect of 5 petroleum-based goods and alcoholic liquor for human consumption. In other words, the States retained exclusive powers to levy VAT only on the sale of 6 goods. Barring these goods, the State lost its authority to tax ‘sale’ of goods. Further, as VAT levy was to continue for 6 selected goods, the VAT laws were not completely repealed and were merely amended to restrict the tax levy and administration in respect of 6 listed goods.

In light of this backdrop, the present GST and VAT laws co-exist.

Limitation: It is pivotal to note that generally all taxing statues provide for a period of limitation for initiating recovery proceedings or completing assessment proceedings. It is well settled that no recovery/ assessment proceeding can be done once the statutory limitation period is over, irrespective of whether tax demand is tenable on merits, existence of fraud, suppression, etc. The fundamental reason of stipulating limitation period is to provide certainty and clarity for the past period and to curtail disputes for an indefinite period.

As stated above, various State Governments have amended the VAT laws to increase the limitation period. The said extension of limitation period needs to be tested on the touchstone of the Indian Constitution i.e., whether the States continued to possess ‘power’ under the Constitution to levy and administer VAT with the advent of GST law which is examined hereunder.

Post GST, the Constitutional right to levy VAT was confined for selected petroleum products and what got saved for tax assessment were the transactions already effected in VAT regime.

Further, to align the State VAT laws in harmony with the GST law, Section 19 of the CAA with overriding effect provided that all existing State VAT laws were expected to be repealed or amended in order to be aligned with the CAA within a maximum period of 1 year.

Accordingly, the State VAT laws were amended to impose tax only on 6 products and other goods were not liable to VAT post July 2017. However, in certain VAT laws, the limitation period has been amended even after expiry of time permitted under Section 19 of the CAA i.e., post 16 September 2017.

It appears that Entry 54 denuded the States with their power to levy and administer VAT except for the listed petroleum-based products and liquor.

The said proposition was upheld by the Division bench of Gujarat High Court in the case of Reliance Industries Ltd.[2] The assessee challenged the provisions of Section 84A of the Gujarat VAT Act which was introduced by VAT Amendment Act, 2018 much later than 16 September 2017. As per the said provision, the time lapsed during litigation in Courts were sought to be excluded from computing limitation period and indirectly extended the limitation period.

The High Court observed that Section 19 of CAA allows the States to amend VAT laws only within the stipulated 1 year time frame. It was also held that with the introduction of CAA, the States lost its power for VAT under Entry 54 in List II and States gained the power under Article 246A of the Constitution only for levying GST. Any amendment in VAT laws therefore could not be made in exercise of powers of Article 246A and hence, the extension in limitation period was held to be beyond the powers of State.

A similar issue was decided by the Division Bench of Telangana High Court in the case of Sri Sri Engineering Work and Others[3]. The limitation period under Telangana VAT laws was increased from previous period of three/ four years to six years. The Court held that the competence of States for levying VAT was truncated with introduction of CAA. The amendment in VAT laws post CAA was beyond legislative power under Entry 54 and also could not be traced to Article 246A. The Court also observed that Article 19 of CAA cannot be construed to mean that States are granted power thereunder for amending VAT laws and only allows existing VAT laws to continue for 1 year time as a transitional provision.

A division Bench of Kerala High Court in the case of Baiju A.A.[4] also followed the above decisions and held that the power of States to amend the VAT laws was abrogated post deletion of Entry 54 and legislative power to amend VAT law does not flow under Article 246A.

Although there were above decisions which were in favour of the assessees, the Bombay High Court in the case of Mahyco Monsanto Biotech Pvt. Ltd.[5] ruled differently. The Maharashtra VAT laws were amended w.e.f. 15 April 2017 to provide a mandatory pre-deposit for filing appeal. The Nagpur Bench of Bombay High Court in the case of Anshul Impex Pvt. Ltd.[6] held that the said requirement of pre-deposit would not be applicable for appeals where disputed period is prior to the amendment. To overcome this ratio, the provision was amended again vide introduction of Explanation in 2019 in order to make pre-deposit mandatory for every appeal, irrespective of the disputed period.

The above matter was referred before the Larger Bench in Mahco Monsanto [supra] to inter-alia examine the question whether State was having legislative competence for said amendments post CAA. The assessee argued that the second amendment made in 2019 was not in accordance with Article 246A.

Hence, it could be fairly stated that there are divergent rulings on the ‘power’ of States to administer VAT post introduction of CAA.

Given the Constitutional provisions and the observations of Courts, it may be noted that Article 246A was introduced to pave way for implementing GST and at the same time, Entry 54 of List II was amended to levy VAT only for 5 petroleum-based products and alcoholic liquor for human consumption. Post CAA, both the provisions co-exist in harmony. Had the power to levy VAT on sale of goods continued under Article 246A, there was no sound reason to retain Entry 54, specifically for 6 specified products. The Entry 54 could have been deleted in toto instead of being amended. This was also observed by the Gujarat High Court in the case of Reliance Industries [supra]. Additionally, the Courts have time and again observed that provisions of the Constitution must be interpreted in a purposive manner to achieve its desired objective. Therefore, the fundamentals of co-existence of GST and VAT should be appreciated to find the right answer to the issue in hand.

At this juncture, Section 19 of CAA also demands attention which provided that the States are obliged to align the VAT laws in accordance with GST laws. The maximum time limit allowed to the States in this regard was till 16 September 2017 or introduction of GST whichever is earlier. Therefore 30 June 2017. The State GST laws were implemented on 1 July 2017 itself.

This prima facie suggests that even after introduction of CAA, the States power to levy and administer VAT could continue; however, it could continue only till 30 June 2017. Thus, an argument is possible that the power to levy and administer VAT flows from Entry 54 only and not from Article 246A. However, the said interpretation coupled with the divergent Court rulings may require to be tested before the Supreme Court to attain finality.

[The author is a Principal Associate in the Indirect Tax Advisory practice at Lakshmikumaran & Sridharan Attorneys, Pune]