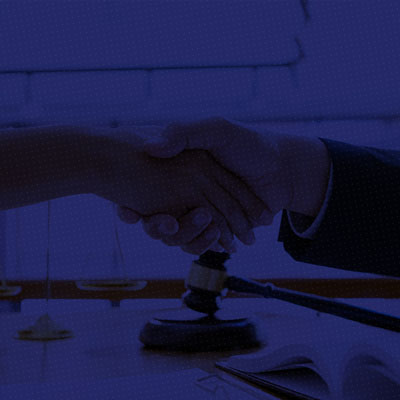 by Akshita Bohra Aniruddha AS

In a recent decision in GTPL Hathway Limited v. Strategic Marketing Private Limited[1], the Gujarat High Court dismissed a writ petition challenging an interim order passed by an arbitrator. The interim order had rejected preliminary objections as to the jurisdiction of the arbitrator. The decision itself does not set out new precedent. However, the copious references therein to existing case law, including the Supreme Court decision in SBP and Co. v. Patel Engineering Limited[2], presents a helpful reiteration of settled legal principles.

Separately, the Respondent invoked arbitration. An arbitrator came to be appointed in proceedings under Section 11 of the Arbitration and Conciliation Act, 1996 (‘Act’) instituted by the Respondent. Before the arbitrator, the Petitioner raised preliminary objection to the jurisdiction of the arbitrator contending that the dispute was not arbitrable, as it involved allegations of fraud. The arbitrator dismissed these preliminary objections. Being aggrieved, the Petitioner approached the Gujarat High Court in writ proceedings under Articles 226 and 227 of the Constitution of India.

Analysis by the High Court

The singular question before the High Court was whether an order of the arbitral tribunal could be challenged in writ proceedings under Articles 226 and 227 of the Constitution of India. To answer this, the court first examined the provisions of Sections 2(e), 5, 11, 16, 34 and 37 of the Act dealing with the definitions of ‘court’, extent of judicial intervention, appointment of arbitrators, competence of arbitral tribunal to determine its jurisdiction, setting aside of arbitral award and appealable orders of arbitrators, respectively. The court noted that these provisions when read together provided a self-contained code under the Act which is an alternative to the regular procedure before the ordinary civil courts under the Code of Civil Procedure, 1908.

After setting out the statutory framework, the court extensively referred to plethora of decisions by various High Courts wherein it was held that the orders of arbitral tribunals could not be challenged in writ proceedings before the High Court. Many of these decisions, in holding so, had in turn followed SBP and Co. The High Court held that the Act, especially Section 5 thereof, had been enacted so as to minimize judicial interference in arbitral proceedings.

If an award has been passed by the arbitral tribunal, either final or interim the remedy to appeal against the same lies under section 34 of the Act. The proceedings for setting aside an arbitral award lie before the principal civil court of original jurisdiction and include the High Courts in exercise of their ordinary original civil jurisdiction.

However, wherever the legislature intended to provide a remedy against an order of the arbitral tribunal, passed during prior to passing of a final award, the same was expressly provided in Section 37 of the Act. The court noted that Section 37 provided a remedy of appeal, before the same forum as mentioned above, only when the plea of lack of jurisdiction was accepted by the arbitral tribunal. When the plea was rejected (as in the present case), such a finding/contention could only be agitated while filing an application seeking setting aside of the arbitral award as expressly provided in Section 34. In other cases, the aggrieved party has no option but to wait for the arbitral award to be passed before challenging such an order/finding in proceedings under Section 34 of the Act.

Therefore, the aggrieved party (the Petitioner herein) could only challenge such finding/ order after the award had been passed, not before.

In this context, the High Court in GTPL Hathway, by way of reference to the decisions it cited, held that though Articles 226 and 227 were extraordinary powers conferred by the Constitution, the same ought to be exercised with extreme caution when a statute provided an alternative efficacious remedy, especially a statute which sought to limit judicial interference and was intended to be a self-contained code for arbitral proceedings. The High Court held that were it to hold otherwise, the legislative object of the Act would be defeated, as parties would be at liberty to challenge any and every order of the arbitral tribunal in writ proceedings. Doing so would disregard express statutory provisions of the Act that provided an alternate remedy.

In the light of its reasoning above, the High Court finally held that the order of the arbitral tribunal could not be challenged in writ proceedings under Articles 226 and 227 of the Constitution of India. Accordingly, the writ petition was dismissed. It is interesting to note that though the question of maintainability of writ proceedings against an order of the arbitral tribunal has been settled in a long line of decisions starting from SBP and Co. and by other High Courts, the same question continues to re-surface in recent decisions. The decision of the Karnataka High Court in Tejavathamma v. M. Nataraj and others[3] is another such instance. Here, the arbitral tribunal had dismissed an application seeking impounding of certain documents for payment of deficit stamp duty. Dismissing the writ petition, the Karnataka High Court held that no writ was maintainable against such orders of the arbitral tribunal. In holding so, it relied on the same reasoning as adopted by the Supreme Court in SBP and Co. and by the Gujarat High Court in GTPL Hathway.

The above discussion reveals the fact that even on a clear and well-settled point of law regarding writ jurisdiction over orders of arbitral tribunals, disputes continue to come before the courts requiring a re-iteration of the law. Such re-iteration of the law as in the present case, indirectly affects the cherished goal of ‘minimal judicial interference’ as contemplated by Section 5 of the Act. This is because even though these writ petitions may be eventually dismissed, the writ proceedings themselves represent time and opportunity costs that the parties to the arbitration will have to bear.

[The authors are Associate and Senior Associate respectively, in the Commercial Disputes Resolution practice at Lakshmikumaran & Sridharan Attorneys, Bengaluru]