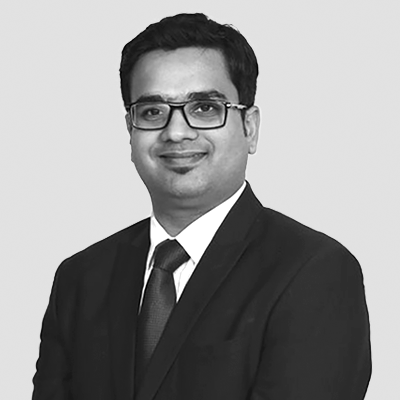 Raghav Sarda is a Lawyer and a Registered Patent Agent. He has been with Lakshmikumaran & Sridharan since 2008. He has intensive hands-on experience of working on and driving patent, trademark, and designs-related projects and leads a team of registered agents and attorneys for drafting, filing, and, prosecution of patent, trademarks, and design applications.

In Patents, he is mainly involved in drafting and prosecuting of applications for inventions in software, telecommunication, electronics and electrical engineering, and wind energy. He regularly appears for hearings before the Patent Office. He is also involved in preparing and analyzing claims charts for freedom-to-operate and patent infringement issues; and has assisted litigators at the firm in patent infringement and invalidity litigations. Raghav is also well versed with prosecution process of Foreign Applications.

Raghav is also involved in filing and prosecution of trademark and design applications and appears regularly for show cause hearings. He and his team are actively involved in performing availability searches, filing applications, preparing responses to examination reports, attending hearings, handling trademark oppositions, and litigation support projects.

University of Rajasthan
B. Tech