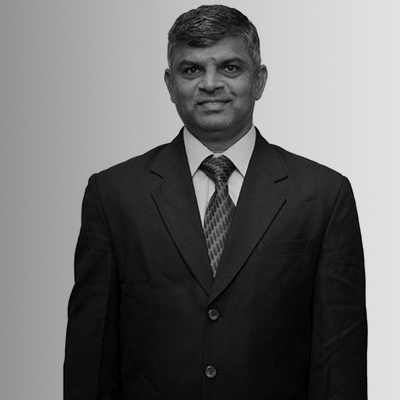 Ravi currently heads the Indirect Tax practice of the firm at Bangalore. Ravi has been handling the indirect tax vertical within the firm for more than 20 years.

Ravi currently heads the Tax Practise in Bangalore office of LKS. He has been assisting clients on all aspects of tax and allied laws (advisory and litigation) ensuring that the solutions are sound from legal and accounting perspectives. He has rich exposure to varied industries having indepth knowledge of the nuances of the business which enables him to provide practical and holistic solutions, which are tax efficient

Ravi with his rich experience of over 2 decades in the field of law, represents the clients before various quasi-judicial and judicial bodies including Commissioners, Tribunal, Advance Ruling Authority and High Courts. His presence before authorities in various States gives has given him wide recognition by the Courts and also given him upto date knowledge on the latest in the indirect tax law.

Ravi has been in the firm since April 2001 handling work initially from Delhi, followed by Kolkata and Bangalore. Before joining the firm he resigned from his post as a ‘Group B’ Gazetted Officer after serving the Government of India in the O/o Accountant General (Audit) and (A&E) for almost 16 years. During his tenure in the Government he was part of the Revenue Audit Team (for 7 years) involved in audit of central excise, sales tax and income tax assessments.

Ravi holds a post Graduate degree in Commerce from Madras University along with his Bachelor of Laws from Delhi University and Bachelor of Commerce from Bangalore University. He regularly delivers lectures in many industrial associations across the country on varied topics involving Indirect and Direct Tax. His clarity of thoughts and analysis of issues gives him the edge during these lectures. He has authored a number of Articles on diverse topics under GST law.

Before joining LKS, Ravi was serving the Government of India in the O/o Accountant General (Audit) and (A&E) for almost 16 years in various areas. During his tenure in the Government he was part of the Revenue Audit Team (for 7 years) involved in audit of central excise, sales tax and income tax assessments.

University of Bangalore
Bachelor of Commerce

University of Madras
Masters in Commerce