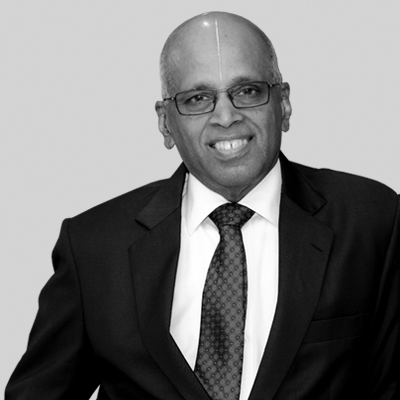 He has been involved in interpreting and applying various multi-lateral agreements at both national and international levels. He is considered as an authority in trade remedy laws and TRIPs and has handled several disputes between companies and Government authorities in various countries.

As a delegate of the International Chamber of Commerce, Lakshmikumaran has attended the WCO-HS (World Customs Organization – Harmonised System) Committee meetings on Classification in Brussels. He has addressed the WCO GATT Valuation Workshop on Customs Valuation.

He regularly delivers talks on diverse topics in international tax, transfer pricing, international trade, customs, excise, service tax, intellectual property, and corporate laws. He has been invited to speak at several acclaimed institutions in India and abroad. He has also written extensively on these topics for various publications.

He established the law firm Lakshmikumaran & Sridharan (L&S) in 1985 and has developed the practice in Tax, International Trade, Intellectual Property (IP) and Corporate laws. The firm has over 350 professionals and offices in eleven cities across India. L&S is well-known for its high ethical standards, quality work and transparency in all its business dealings.

For over 30 years, He has handled several high profile litigations and has led the firm in representing clients in over 40,000 litigations before Supreme Court of India, High Courts, tribunals and quasi-judicial authorities. He has played a pivotal role in the development of jurisprudence relating to customs and excise laws in India. His clients include many well-known Fortune-500 companies and leading Indian corporates.

Lakshmikumaran was part of the Indian Revenue Service for about ten years and was instrumental in devising certain key tax policies of the Indian government.